On May 28 and 29, after handout of flyers, animated speeches, massive march on the campus calling for a struggle against the G8 Summit at Lake Toya and for free speech, 38 students were arrested by the security police.

Since 2006, the administration has forbidden installation of billboards, handout of flyers, speech using bullhorn, discussion in classroom and free entrance of students of other universities or expelled “ex-students of Hosei” without prior consent of the administration.

, 29 students were arrested for their installation of billboards. 200 policemen entered the Hosei campus and arrested the student. Many are disciplined—including infinite suspension and expulsion from . (see video of TBS http://jp.youtube.com/watch?v=0_1tzKTxMaE&feature). In the year 2006, 40 students were arrested in total.

In 2007, five students were arrested. On April 27, two students were arrested and detained for seven months. On October 17, two students were arrested and one of them was indicted and detained for seven months. The indictment document reads, “He committed trespassing, as he entered the with the aim of promoting the International Workers’ Rally.” No other persons—whether Hosei’s student or not—who entered Hosei without such aim had been arrested. So, they declare on their public document that they punish “the aim of promoting a rally.” This is a flagrant violation of the right to free speech.

The administration installed 60 surveillance cameras on the campus and deployed the thugs who physically attack students, yelling “I kill you,” day in, day out. Even club activities of students were oppressed. Independent clubs were all dissolved. Allowed were only a few clubs, which were admitted by the administration with strictest screening and draconian registration process. Intimidations and human right violations become daily routine of Hosei.

Nevertheless, the students have not caved in.

May 21 and 22, 2008, Bunren, Federation of Cultural Clubs, held a protest rally. The paid thugs beaten up and kicked the students who used bullhorn and hustled the participants of the rally. With cuts and bruise in every part of their body, the students repeatedly held rallies.

In these circumstances, the students had been preparing a massive rally on the campus and a huge demonstration around the University.

On May 28 this year, The Tokyo Metropolitan Police Department arrested 5 students for “personal injury” and “obstructing officers from performing their duty.” This is a complete fabrication. The thugs paid by the University administration had repeatedly conducted physical violence. Yelling, “We kill you!”, they had assaulted the students over and over again. In these circumstances, 100 plane-clothe security policemen surrounded the 5 students and arrested them.

On May 29, the police arrested 33 students for “trespassing” and so on. Two persons who took the pictures of the site were also arrested and are still in jail. Ishizawa, security officer of the First Security Division of Tokyo Metropolitan Police Department, assaulted and arrested the camera crew. Ishizawa did that in order to prevent the evidence of violence by the police and the thugs from being widely known.

The students launched on this day a free speech rally and demonstration in order to call a students’ strike against G8 Summit and for immediate release of arrested students and withdrawal of disciplinary measures. With animated speeches and chant, the turnout was tremendous. The Hosei administration and the police shivered with fear of massive students’ movement; they arrested 33 students for “trespassing” etc.

83 students have been arrested in total since .

We urge immediate release of 38 students arrested on May 28-29.

Let’ us protest the oppression and hold a huge the anti-G8 rally on June 29, Zone B, ! 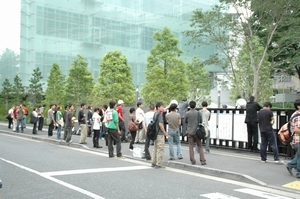 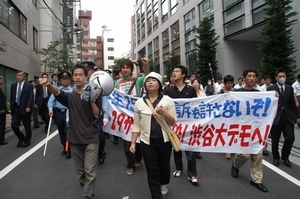 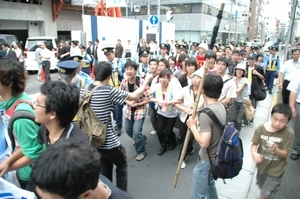 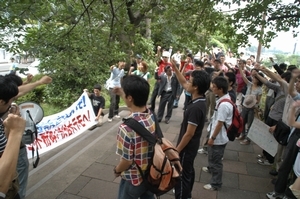 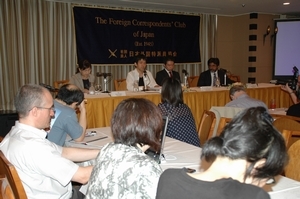 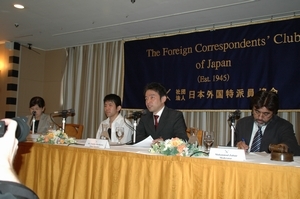 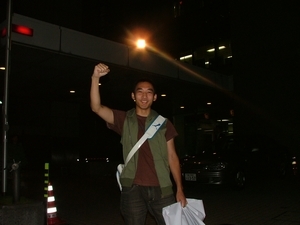 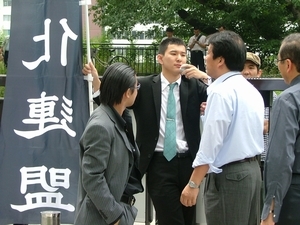 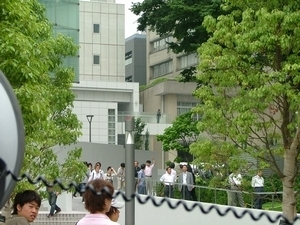 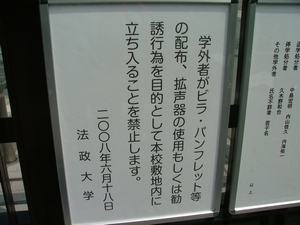 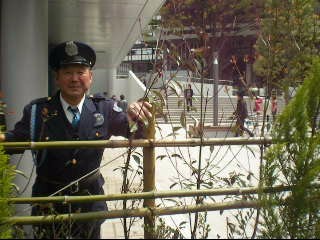 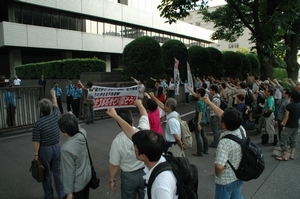 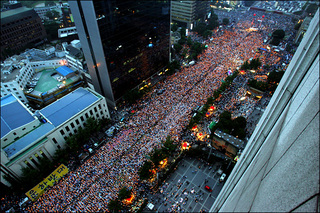 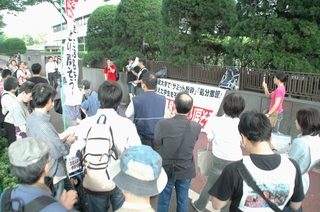 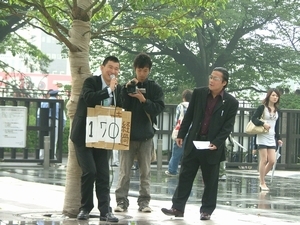 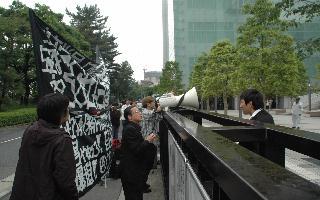 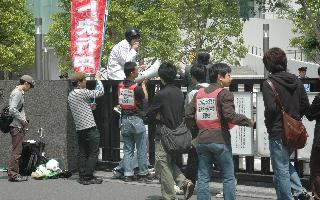 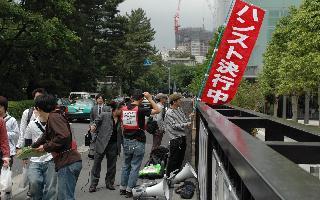 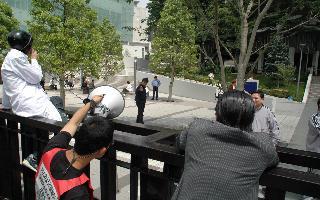 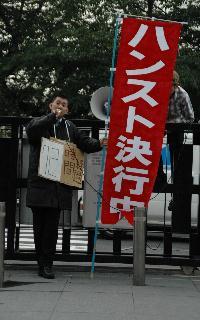 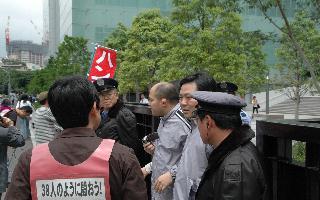 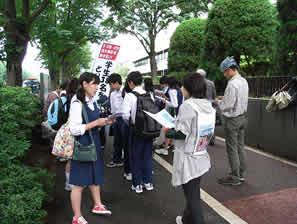 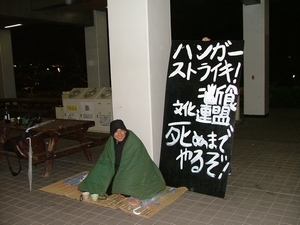